After deleting WordPress spam for another hour or so, it became clear to me. Enough is enough. Either I would register a bunch of Akismet keys (Enterprise or Pro) for some of our websites or develop my own SPAM protection plugin. I took a closer look at the hooks available for comments and accepted the challenge. A few hours later my first prototype was ready. It appeared to work as I did not receive any comment SPAM for 2 days but this could be a case of serendipity. So I updated the plugin with a counter indicating the number of SPAM comments stopped. As for now the plugin stopped over 100 spam comments and I didn’t have to delete a single comment. As of yesterday the plugin became available in the WordPress Plugin Directory. Feel free to try it on your website and keep me posted.

In my Real-Time Google Analytics report, you will notice visitors from the control room of the international space station visiting a page called “April Fool’s” 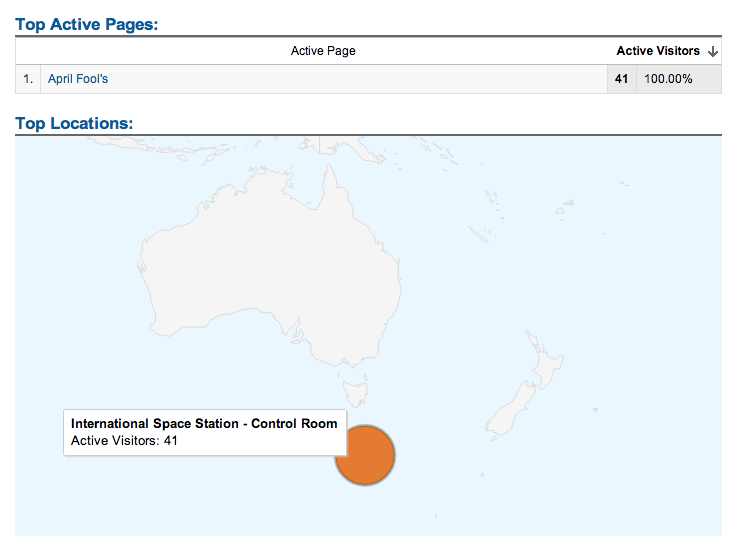 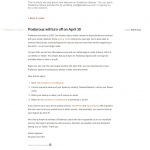 On February 15 2013, Sachin Agarwal (Founder and CEO) announced the end of Posterous. Posterous will be turned off on April 30, 2013 as a consequence of the acquisition by Twitter almost a year ago. Users can download a backup of their posts and are suggested to move towards WordPress or Squarespace as they both provide importers.

In the future, every time somebody starts an argument about using a existing platform as company website he will get the answer: “Remember Posterous”.

After almost 10 years of unchallenged supremacy, Internet Explorer is loosing the browser-war. Now Microsoft starts to talk like an underdog.

On 29 June 2012, LinkedIn announced tweets generated on twitter would no longer appear on LinkedIn. (Source)

On 20 september 2012, Linden Tibbets (CEO IFTTT) emailed the IFTTT-community that they will be removing all twitter triggers from its service in order to comply with the new guidelines by twitter. An extract from the email:

Is twitter afraid of app.net? or just worried their ecosystem is not generating enough revenue yet? Or is IFTTT too fundamental about this? Could IFTTT comply with these guidelines by only excluding some specific recipes? I don’t know. But I do know most of my IFTTT recipes are using Twitter. For me the ecosystem will be loosing value on on September 27th.

In the past Twitter has been the Social Network known for its “openness” towards users as well as developers. But apparently Twitter no longer wants to be a “Protocol” or an “Interface” but prefers to be the “Application” or the “Community”.

I’m still wondering whether this strategic change will be beneficial for the total ecosystem, or Twitter in particular.

The word is out, the moose is loose. Today our eLand has left the barns.  As eLand farmer, I’m proud and wish her all the best.  In the last years I’ve witnessed a few startups taking off and learned now is probably the most scary part. In the next months everything will be about working, working, working,… so that should be easy part.
Thank you all for your support!

It might be the oldest trick in the world , but BMW already attracted over 1 million views in one week  with the <pull a tablecloth from under a place setting> trick perfromed by a BMW S1000 RR

We all know most products in our home will be connected to the internet. It’s only a matter of time. Surprisingly a scale is one of the first products commercially available and not the smart refrigerator that automatically creates your shopping list.
This scale is WiFi enabled and automatically registers weight, fat and BMI calculation. For more information visit withings.com