How Belgians look at weather forecasts compares to the rest of the world like black and white. The Belgian app is colored black and called “Drash” (= Flemish for heavy rain), the rest of the world is looking at a beautiful white app called “WHTR” which not even mentions the rain. But Drash is a free app whereas WHTR is available for $0.99 Like at many other “design related” events the MINI was omnipresent at the Dutch Design Week 2012. Normally Eindhoven is a Philips branded city, but during the Design Week it became a MINI city. 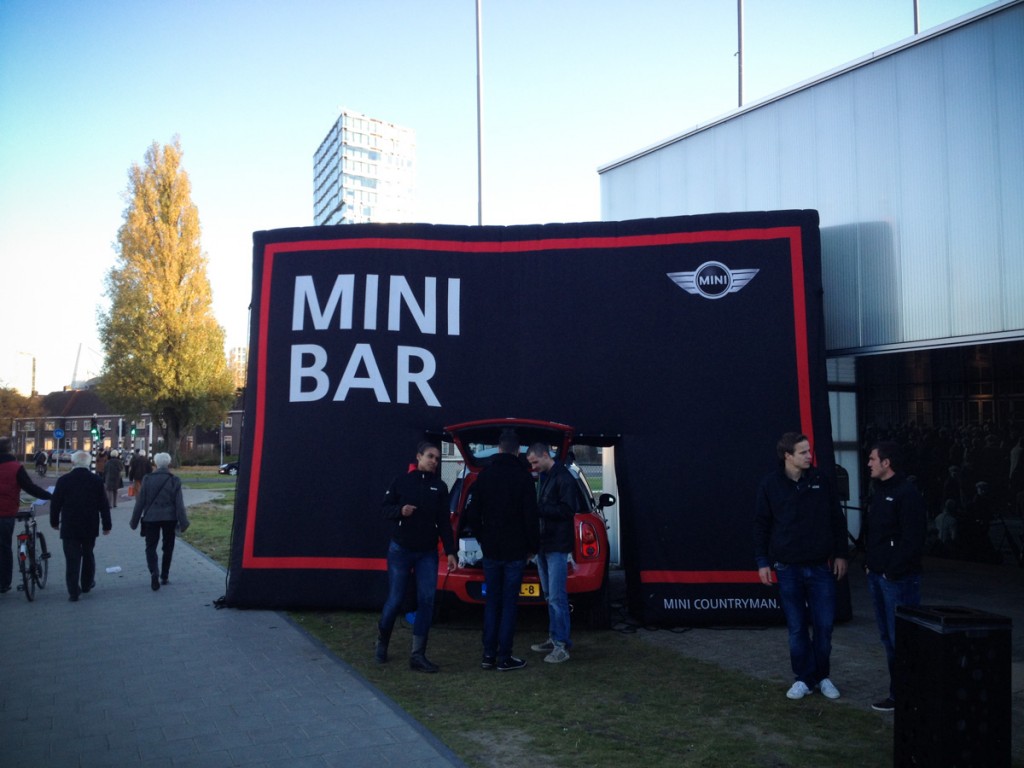 A lot’s of MINI cabs Colour ONE by Schoten & Baijings We all know most products in our home will be connected to the internet. It’s only a matter of time. Surprisingly a scale is one of the first products commercially available and not the smart refrigerator that automatically creates your shopping list.
This scale is WiFi enabled and automatically registers weight, fat and BMI calculation. For more information visit withings.com

In case life is more than a dream to you, you can visit Abu Dhabi Yacht Show or contact WHY Yachts

The gowalla.com homepage was nicely redesigned recently and even the source code is crafted carefully.  Take a look at the gowalla ASCII Art logo.

ps: has iPhone & apple in general not always been about hardware and software integration…

Delhaize made me wonder
Apparently Delhaize Plantijn started with a new classification system by “task”?  I noticed something was wrong when looking for vegetables to be used in a wok at the vegetables-corner. Wrong, I needed to look for this in the wok-corner. (I know one cannot hyperlink in real life but a small sign could have done the trick.) I wonder whether they applied card-sorting for this? btw the former vegetable corner is still in place but without the wok vegetables, but I guess duplication is also more difficult off-line. It made me think of a joke by Philippe Geubels (a former Colruyt employee), describing a scene in a Colruyt (Belgian hard discounter) where a customer walks up to him:

Becoming famous in  Belgium in one day is one thing, becoming a worldwide youtube star is something completely different. But nothing is impossible, this man parks his 1m49 wided car (Fiat Panda)  in a 1m55 wide parking garage. Indeed one starts wondering, how do you get out and that is exactly why Eugène became famous.

The item was featured in a belgian television show (Man bijt hond/Man bites dog) and was afterwards covered by other channels and  on-line in UK ( BBC – TOP gear) , Croatia, Poland and Korea

With over 1 million views before it fully reaches the US and China this could become a real youtube hit and show up in the viral video charts soon. Eugène explained to a Belgian newspaper (de standaard) how he was asked to give demonstrations for different TV stations and receives phone calls from all over the world. Eugène would like this stop (when he again parks his car in front of another camera) but it can only get worse for the man from Liedekerke, Belgium. (Facebook fan page in dutch)